Pydio 8.0.0 was released earlier today and has a major UI change along with some minor back-end changes. I’ve gone through and did another re-write of the instructions for this new version. Among other things it now supports PHP 7.1.*. I’ve also streamlined the instructions slightly, upgrading all other pre-reqs to the latest versions, and use the modified version of PHP Manager that Ronald Carter has upgraded to no longer require Dot Net 2.0 so less stuff to install on the server. So it should now work without issues on both IIS 8.5 and IIS 10. Here are the new instructions:

With the recent release of Pydio 7.0 my old instructions are now outdated, especially when it comes to public file shares. There were a lot of changes in the new Pydio so I have re-written my instructions for it. The biggest change is there is no longer any reason to create your own web.config files, the stock one now works correctly on IIS. I’ve also added instructions on scripting things form the command line like indexing workspaces on a schedule which has helped me immensely since I keep some workspaces updated with DFS and have gotten away from using Samba. Here are the new instructions, let me know if you have trouble with them: 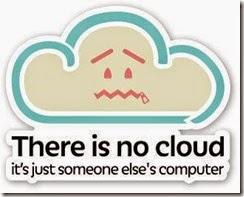